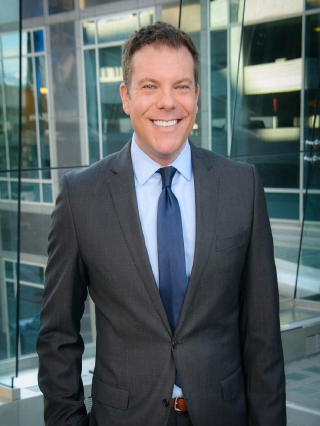 Since graduating from the Edward R. Murrow School of Communication at Washington State University Adam Mikulich has put together a resume that includes stops in Western Washington, Southeast Idaho, Central Illinois, and the greater Salt Lake area. "I consider myself a jack of all trades sports guy, says Mikulich." Early on in my career some of the best advice I received was to learn all facets of the industry and that the on-camera stuff would come naturally." That's why you might run into Adam out at a sporting event with his sleeves rolled up and a camera on his shoulder.

Adam was a Producer at Fox Sports Northwest in Bellevue, Washington before taking his first on-air job with KIFI Local News 8 in Idaho Falls/ Pocatello, where he helped re-invent a great tradition of high school sports coverage. "Nothing beats giving it up for local kids," he says. "To put kids in the spotlight and see the smiles on their faces makes me feel like a million dollars!"

After a stop in the gem state Adam was Sports Director at WCIA (CBS) in Champaign, Illinois for more than two years making trips to nine of the (then) eleven campuses in the Big Ten Conference. He also lived a lifelong dream covering the 2009 MLB All Star Game in St. Louis.

Adam joined the team at KUTV in July of 2010. He arrived in town on a Wednesday, and anchored Talkin' Sports for the first time a short three days later. "Honestly, being hired by 2 News was like winning the lottery," he says. "When I was making the drive out here and the lay of the land started forming into mountains it felt like a true homecoming!" Adam was on the front line for "Jimmermania" and was the only reporter to visit the BYU basketball star's hometown of Glens Falls, NY and tell his back story. Adam has done NCAA Tournament trips to Denver and New Orleans. He's done bowl games in Boise, Dallas, and San Diego. He's also taken you fishing in Alaska, fly casting on the Middle Provo, and golfing at some of Utah's top courses. Adam has cooked in the 2 News kitchen, dared to try Cross Fit with a camera rolling, he took you swimming with brine shrimp in the Great Salt Lake, into the mountains running RAGNAR, and fills in on Fresh Living from time to time!

Adam is a native of Snohomish, Washington and bleeds WAZZU Cougar Crimson and Gray. He is an avid outdoorsman who loves to run trails, fly fish, and go looking for wildlife. "Utah is a perfect for me, and I plan on being a perfect fit for Utah's viewers," says Mikulich. "Everyone out there can feel free to drop me a line at any time, and please say 'hello' should our paths cross out in the community!"