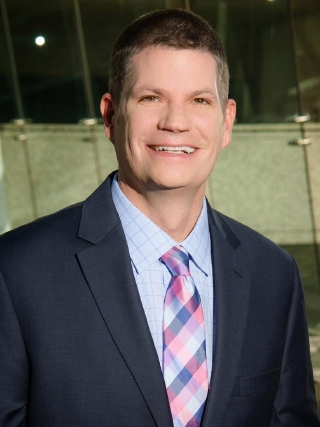 Crime and justice reporter Chris Jones is seen primarily on 2News at 10, Utah’s #1 ranked newscast. A veteran of Utah journalism, Chris joined 2News in 2008 after a decade at KTVX. He’s been voted one of Utah’s “Best Television Reporters” by readers of “Salt Lake City Weekly” three years in a row and was selected as one of the “Best Locals on Twitter” in 2015.

Chris has covered the biggest stories in Utah over the last 20 years, including the kidnapping of Elizabeth Smart, the murder of Lori Hacking and the saga of Susan and Josh Powell. His reporting has earned him an Emmy nomination and several Utah Broadcasting Association awards. Chris’ six-minute interview with Josh Powell in 2009 was the first time Powell, “the only person of interest” connected to Susan’s disappearance, had been questioned by media. The raw video has been viewed thousands of times on YouTube.

Before moving to Utah, Chris was the bureau chief of the Pascagoula, Miss., office of WLOX-TV. His reporting on Chancery Clerk Lynn Presley’s personal loans of county funds to friends contributed, in part, to Presley’s resignation and eventual imprisonment on corruption charges.

He graduated from the University of Missouri-Columbia in 1994. Chris is married to 2News feature reporter, radio personality and yoga instructor Amanda Jones. They have a son named William.