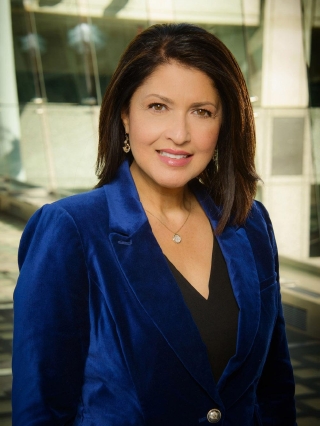 Cristina Flores is a general assignment reporter for 2 News at 10 and co-anchors 2 News at 6pm with Mark Koelbel. She also anchors My News at 7 on KMYU.

Cristina has been at KUTV since 2002 but came to Utah in 1995 to work at another local television station. In nearly 20 years of reporting for the Utah market, Cristina has covered news events in almost every part of the State always looking for the most interesting and important angles to every story. She has also reported on big news events in other states and even outside the U.S. – like the Olympic festivities in Torino, Italy. Prior to coming to Utah, she worked as a general assignment reporter for KBAK in Bakersfield, California. Her first TV job was at KTLA in Los Angeles where she started as a production assistant and then worked her way up to segment/field producer.

Cristina is originally from Southern California. Her parents achieved the American dream by emigrating from Mexico in the late 50's and early 60's and then raising three kids who all graduated from California universities. Cristina says she is the "dummy" in her family - having only an undergraduate degree (one of her brothers has an MBA, the other is a PhD). She feels fortunate to have a huge extended family in Southern California.

Here in Utah, Cristina enjoys connecting with viewers through doing news stories and by taking part in community events. Cristina is currently the President of the Utah Association of Latino Journalists and has previously served as an advisory board member for the SOMOS foundation which gives scholarships to Latino students in Utah. Her biggest source of pride: her three children who along with her husband, she is trying to raise to be good citizens and good human beings.