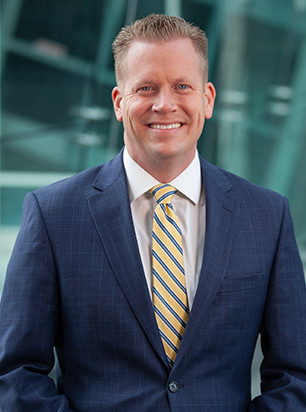 Daniel Woodruff is thrilled to rejoin the KUTV 2News team. This is his second stint at the station, having previously worked here from 2014 to 2017 as a reporter and fill-in anchor.

During his prior time at KUTV, Daniel covered breaking, enterprise, and investigative news stories across the state of Utah. He headlined strong political coverage during several campaign seasons and traveled to Washington, D.C. to cover the inauguration of President Donald Trump in 2017. Daniel also reported on location from the North Dakota Standing Rock protests, the Westminster attack in London, the Brian Head Fire in Southern Utah, and the Las Vegas mass shooting.

A graduate of Brigham Young University and a native of Provo, Daniel began his broadcasting career as a reporter/fill-in anchor at WFFT-TV in Fort Wayne, Indiana. He spent two years there before moving to Wisconsin where he worked as the main weeknight anchor at WAOW-TV in Wausau. Daniel also reported and was recognized statewide for his investigative and enterprise reporting. He and his family also survived one of the coldest Wisconsin winters on record with more than 60 days of subzero temperatures!

Daniel and his family moved back to Utah in 2014 and love living here. He and his wife have three children and reside in Salt Lake County.

When he’s not working, Daniel loves to run, read, eat out, travel, and spend time with family. He speaks Ukrainian and Russian.

Daniel would love to hear and share your stories. Email him at DAWoodruff@kutv.com.