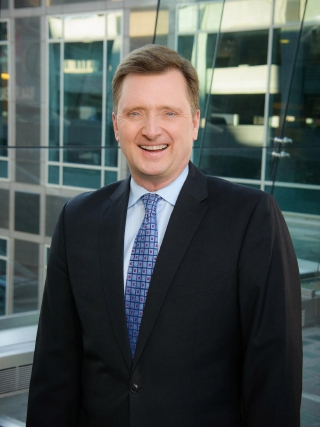 David James joined KUTV 2News in August of 1992 as a Sports Anchor and Reporter. He currently anchors the sports news weekends on 2News. Every Saturday night at 10:35 David hosts "Talkin' Sports", a 30-minute sports highlight and interview show. Sunday evening he co-hosts a one hour edition of Talkin' Sports.

David is a graduate of UC Santa Barbara. His television sports reporting career began at KEYT in Santa Barbara in 1988. From there he moved to Sacramento where he reported at ABC's KOVR before moving to Utah and KUTV.

In addition to his television duties, David also hosts the morning drive sports radio talk show on "97.5/1280TheZone". He was named the 1996 Utah Sportscaster of the year by the National Sportscaster and Sportswriter Association. David is a family man who loves to hike, play basketball and spend time with his wife Marina, son Ryan and daughter Lia.