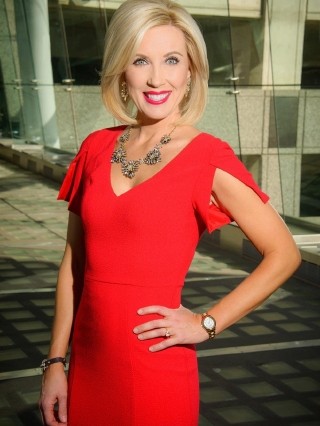 Heidi Hatch has been recognized for her reporting and anchoring with and Emmy covering the Brian Head wildfire that ravaged 100 square miles of pristine forestland in 2017.

Heidi joined the 2News family in 2011 as an anchor and reporter, immediately jumping into the 2012 presidential election coverage. On election night, Heidi brought 2News viewers live coverage from inside Mitt Romney's headquarters in Boston. In 2016, she followed the historical primary elections to Cleveland and Philadelphia for the party conventions. Most recently she moderated Utah’s first prime time Gubernatorial debate. You can listen to her weekly political podcast Take 2 on your favorite podcast platform.

Heidi is a Utah native and happy to be back home after five years in Orlando, where she anchored a 5-hour morning show at FOX35. She anchored live, round the clock coverage of tropical storms, tornadoes, and NASA's historic final shuttle launches.

She previously anchored Good Morning Utah at ABC 4, earning a name for herself as the lead investigative reporter in the Elizabeth Smart kidnapping. While there she contributed as a guest on the O'Reilly Factor, Larry King Live, Good Morning America and the Nancy Grace show. She was thrilled to cover the 2002 Winter Olympics and share in the stories of love and loss after 9/11. She returned to The Pentagon on the first anniversary of 9/11 with the family of Utah victim Brady Howell.

Heidi's first job in the news business after graduating from Southern Utah University, was in Missoula, Montana.

Heidi has worked closely with the March of Dimes as a spokesperson and honorary chair for the annual March for Babies since the birth of her now teenage son, who arrived nearly three months early.

Heidi and her husband, Derek, have two children and a tiny third "hairy baby" a shih tzu.