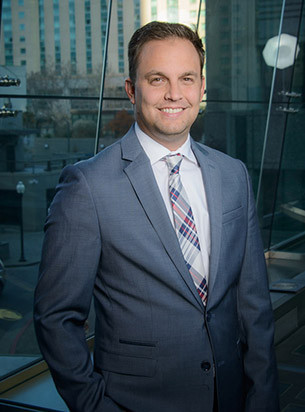 Jake Edmonds joined KUTV as a sports multi-media journalist in 2016. He has become a Jack of all trades doing just about everything from anchoring and reporting to shooting and editing for Talkin’ Sports weekdays on KMYU and weeknights on KUTV.

Jake grew up a sports fan in Utah and knows how passionate and invested Utahns are in their hometown teams.

After graduating with a degree in Communications from BYU in 2014, Jake headed north to the Last Frontier where he worked as a sports multimedia journalist and weekend sports anchor at KTVA in Anchorage, Alaska. There, he covered everything from the Iditarod in the Alaskan interior to Super Bowl 50 in Santa Clara, California.

While Jake enjoys getting in front of a camera for a live shot or holding the camera to capture the best sports moments, his passion comes from meeting new people and telling their stories.