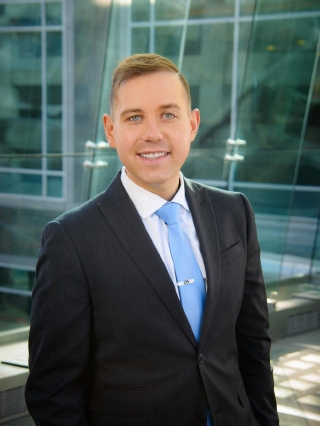 Jeremy Harris reports in the same newsroom where he was trained as a journalist.

Jeremy started as an intern with KUTV in 2014 while studying Journalism at Brigham Young University. After his internship, he began working as a part-time assignment editor, and eventually made his way on air as a reporter.

A proud Colorado native, he considers Utah his second home. Jeremy is one of a handful of bilingual journalists in Utah. He learned Spanish while living for a few years in Mexico – a place he still loves to visit.

From flying in a fighter jet, to investigating public corruption, and covering breaking news on the morning show for two years - Jeremy has witnessed many of the most impactful stories in Utah. In 2015, Jeremy was there with homeowners who returned to their neighborhood that was destroyed by fire in Tooele. Jeremy was one of the first reporters to be in Wyoming where authorities arrested a father and son who kidnapped and murdered a Utah transit worker. He followed the case until the final day in court when a judge handed down a life sentence.

Jeremy’s investigative reports have sparked changes in state government, including a revision of how state leaders handle cases of employment and housing discrimination against LGBT people. Jeremy was the only Utah reporter to be in South Dakota after the arrest of fugitive polygamist leader Lyle Jeffs. Jeremy also reported on the devastating 50,000+ acre Brian Head Fire that forced thousands of people in central Utah to flee their homes.

Jeremy has been honored with several awards for journalism, including a 2016 Regional Emmy and a first-place award in a national feature story competition from the Broadcast Educators Association. Jeremy has also been honored with awards from the Society of Professional Journalists and the Hearst Journalism Foundation.