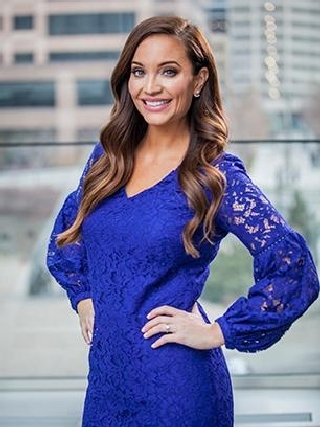 Kari Hawker Diaz is a Utah girl born and raised in Salt Lake City! She got her start in the acting world with national commercials for Scwhinn bikes, Subway, Verizon, Mile IQ, and Del Taco. Kari also starred in a number of films and is most known for her starring role in Lifetime network’s Christmas Angel. She’s also had roles in Ocean’s 13 starring Brad Pitt and George Clooney, HBO’s Mosaic starring Sharon Stone, and Blind Dating starring Chris Pine and Jane Seymour to name a few.

Kari has modeled in national catalogues like Land Rover, Polaris, Stri-Vectin, and is on the cover of a Playstation video game called “Sony Singstar”.

Kari has hosted shows like the U92 Video Countdown Show, Friday Night Football, Homes Today Utah Edition on the ABC network, and is currently the co-host of “Fresh Living” on KUTV- a CBS affiliate.

Kari Hawker Diaz’s career has taken her all around the world but her favorite place to be is right here in Salt Lake City spending time with her husband and her baby girl. She is makeup artist, loves her cookies, and is a proud cat lady. Kari loves to be active and explore the beautiful Utah mountains, but what she enjoys most is watching her daughter discover the new world around her.