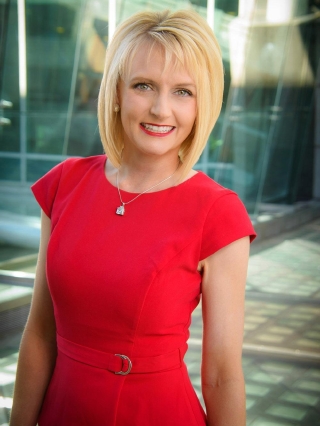 Lindsay Storrs joined the 2 News team in July 2004 and is currently the Weekend Meteorologist & Co-host of 2News This Morning Weekend Edition. She was born and raised in Utah Valley. Lindsay developed a love for weather when she was nine years old and learned about tornadoes in her science class. She was fascinated by the subject and, at that young age, made a goal to become be a broadcast meteorologist.

Lindsay began her career in Lake Charles, Louisiana as the Chief Meteorologist for the local FOX affiliate. From there, she moved to Reno, Nevada where she worked for the local NBC affiliate as their Weekend Meteorologist. In 2004, Lindsay returned home to Utah, where she joined the 2 News Weather Team.

Lindsay is a member of the American Meteorological Society and holds their Certified Broadcast Meteorologist (CBM) Seal. The Associated Press has recognized her work with awards for both her weathercasts and severe weather updates.