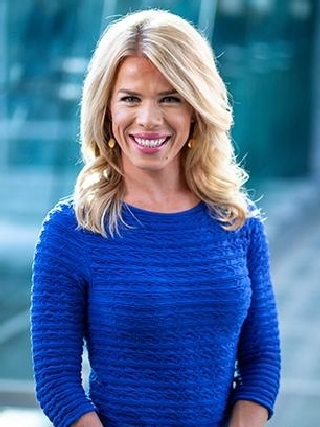 Mallory Moore joined KUTV as the 2News morning traffic anchor in September 2019. She is a Utah girl through and through, growing up in Orem. Mallory is thrilled to be back in her home state and close to family.

Most recently Mallory worked in Phoenix for a few different stations, covering traffic, anchoring, and filling in on weather. Before moving to Phoenix, Mallory worked as an anchor, traffic anchor, and feature reporter in Toledo, Ohio. Mallory has also worked at KSL and began her career in TV news in Minot, North Dakota as the evening anchor.

Mallory graduated from Brigham Young University where she earned a B.A. in Broadcast Journalism. She was also a member of the BYU Track & Field team. One of her most memorable experiences while in college was interning at the Today Show in New York City. Mallory also studied abroad in London for a semester and traveled through Europe.

Mallory and her husband have two young boys, Simon and Wallace who keep them on their toes. She loves being a “boy mom” and embraces everything that comes with it. She enjoys traveling, exercising, power naps, diet coke, and hanging out with her family.