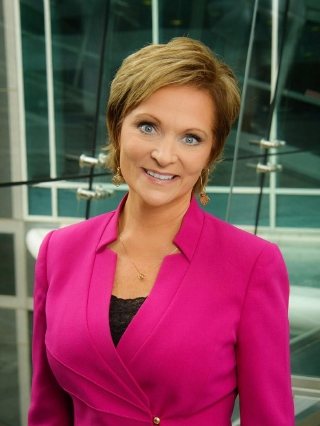 Mary joined KUTV 2 News in 1991 as weekend anchor and reporter. She currently co-anchors the news weekdays on 2NEWS This Morning from 5:00 a.m. - 8 a.m. and 2NEWS at Noon. (She loves the schedule even though she has to wake up at 2:30 a.m.) Mary is also KUTV'S Check Your Health spokesperson, hosts the Workouts on the Web, writes two health blogs, and does in-depth reporting for the stationwinning an Emmy for Best News Series in 2012. That series started with Mary getting a mammogram to encourage more women to get screened, and it found an invasive, malignant tumor. The following stories tracked Marys surgery, chemo treatments, wig shopping, radiation, and long recovery. Learn more at Maryscancerstory@blogspot.com

Mary grew up in Renton, Washington with her eight brothers and sisters. Her dad is a retired telephone man, and her late mother was a state legislator and advocate for children. Mary majored in English at Lewis-Clark State College in Lewiston, Idaho, where she attended on a volleyball scholarship. Before coming to Utah, she worked in Yakima, Washington, where she did camera work, editing, producing, reporting, and anchoring.

Mary is very active in our community as a mentor for young people and as an advocate for health. She is Chair of the Advisory Board for Head Start, and is on the Board for the Intermountain Catholic Newspaper and for the Police Athletic League. She donates home-cooked meals and many hours to help other charities, including The Ronald McDonald House, Guadalupe Schools, Life After Breast Cancer, The Multiple Sclerosis Society, and the Heart Walk. Mary participated in the Utah Summer Games for years, and was inducted into the Hall of Honor in 2003. She also played professional volleyball for the Utah Predators.

Mary and her husband, Kent, live in the Salt Lake Area and are the parents, tutors, coaches, and taxi drivers of twins, Zachary and MacKenzie... born in February of 1997.