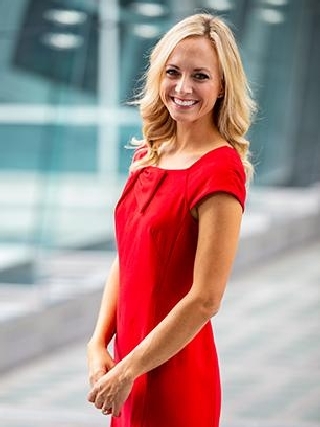 Morgan Saxton joined the 2News team in January 2017. She is currently a news reporter weekdays on 2News This Morning from 4:30 to 8:30 a.m.

Morgan grew up in a military family, but considers Utah home.

From a young age, Morgan aspired to be a journalist. At 20, she earned her bachelor's in broadcast journalism from Weber State University, where she graduated with honors.

After college, Morgan interned at KUTV before moving to the mid-west, where she started her career working for WHBF in Rock Island, Ill. Morgan covered courts and crime as a multimedia journalist. She also filled in wherever needed in the newsroom. During the course of her time at WHBF, Morgan had the privileged of covering the 2016 Iowa Caucus and the month-long murder trial of Timothy McVay, which received national attention.

Morgan married her best friend, Chase Saxton, in the fall of 2016. When not in the newsroom, Morgan can be found exercising, traveling or spending time with loved ones.