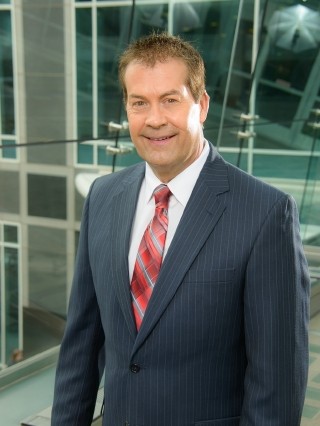 Ron Bird is now into his 33rd year as co-anchor of 2News This Morning and 2News At Noon. “I’m the luckiest guy in the world to live my dream at KUTV,” he says. Ron grew up in the small southern Idaho town of Kimberly, Idaho. “As a first grader I knew I wanted to be a news reporter and stayed laser focused on that goal,” he recalls. “I watched Salt Lake City news on cable TV and always wanted to work at KUTV.” After working at an FM radio station as a teenager, and graduating from BYU with a degree in broadcast journalism, Ron started his TV news career in Boise, Idaho and then did a short stint in Fargo, North Dakota before he finally got his dream job on the morning show at KUTV. Altogether Ron has 40 years of experience in TV news.

While at KUTV Ron has reported on many of the major stories that have impacted Utah. He and long-time co-anchor Mary Nickles were on the air the moment a tornado ripped through downtown Salt Lake City. When terrorists struck on 9-11 Ron and Mary launched KUTV’s all day local coverage. Then in March 2020, a 5.7 quake rocked Salt Lake while Ron and Mary were on air. They went into emergency non-stop coverage that earned an Emmy nomination. “It really is amazing to be on the front row of history and share it with our loyal viewers,” Ron reflects. “It is an honor and a responsibility we don’t take lightly.”

It’s not only the big stories, but the stories of everyday people that Ron really loves. His spontaneous “Ron on the Run” feature is a profile on people and events that usually don’t get much attention, but really make for good story telling. Through the years Ron has covered cops and crime, elections, and in depth stories on Utah’s modern pioneers. “One of my highlights,” Ron says, “was taking a ride in an F-16 with the Air Force Thunderbirds!”

Aside from news, Ron has coached AAU youth basketball for more than 20 years, loves to hit the gym, dabbles with his guitar, does home and yard projects, and is now trying pickleball as a new sport. “We’ll see how that goes,” Ron chuckles.

At 65, Ron says he has no plans of slowing down. “I love my family. I love what I do and want to stay involved with our community and the people who mean everything to me.” As another anchorman named Ron (Burgundy) might say, “Stay classy, Salt Lake City.”