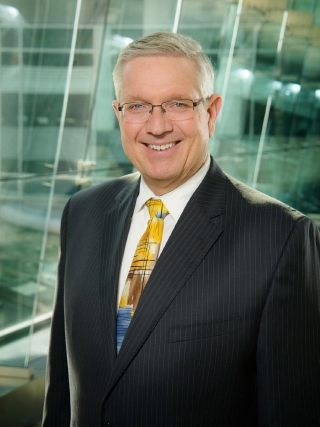 Sterling is currently the Chief Meteorologist for 2News and can be seen on the 5, 6 and 10 p.m. newscasts Monday through Friday. He has become a familiar face to 2News viewers, joining the KUTV 2News Weather Team as an anchor, weather producer and meteorologist in December 1989. He is a Certified Broadcast Meteorologist (CBM) with the American Meteorological Society. He served a three-year term as a member of the Board of Broadcast Meteorologists from 1997-2000, and was chairman of the AMS Broadcaster's Conference in San Francisco in June 2000.

This veteran forecaster graduated with a degree in Meteorology and gained his weather experience during his ten years with the United States Air Force. During that time he was assigned to the National Emergency Command Aircraft, 1st Airborne Command Control Squadron in direct support of "Air Force One" at Andrews AFB, Maryland. He was a Severe Storms Forecaster, assigned to the Air Force Global Weather Center and also provided aviation forecasts in support of Air Force and Department of Defense missions worldwide. He served a thirteen-month tour in Vietnam from 1970-1971. He is currently a member of the Utah Air National Guard, assigned to the State Headquarters Public Affairs staff, and is the "Voice of the Utah National Guard". Sterling's television career began in 1985 when he joined KSL television in Salt Lake City as a weather producer and meteorologist.

When he is not working at 2News, Sterling is involved as Music Director and Founder of The Choral Arts Society of Utah, conducting as many as six concerts each year with the 120 voice choir. He is Music Director of the Days of '47 Pops Concert and Executive Vice President of the Days of '47 Inc. He also serves on the board of the Clark Planetarium, and chairs the board of the West Valley Symphony of Utah. In his spare time, he is active in the community, speaking to organizations and schools about the television industry, weather and music.

Sterling resides in Centerville with his wife Danette and enjoys fishing and spending time with his family, including his five children and seven grandchildren.