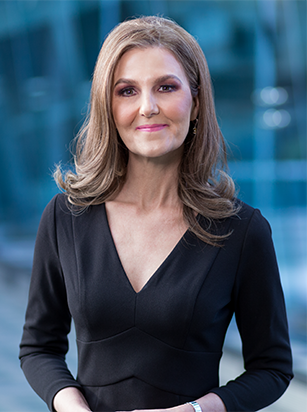 Wendy Halloran is a nationally acclaimed duPont and Emmy award-winning investigative journalist. She is a relentless truth-seeker, champion of injustice and is passionate about holding the powerful accountable, righting wrongs and giving a voice to the voiceless. She was awarded broadcast journalism's most coveted national award, a 2015 Alfred I. duPont-Columbia Award for her investigation into the Phoenix Fire Department arson squad, in which some members falsely accused and arrested innocent people for arson fires which were not intentionally set. Powerless people and fearless probes by a powerful institution that allowed its investigators to run amok. The duPont Award is the broadcast equivalent of the Pulitzer Prize which is also decided by a panel of judges at Columbia University in New York. She also won a 2015 National Headliner Award, 2015 regional Edward R. Murrow Award and a 2013 National Investigative Reporters and Editors (IRE) Finalist award for that same investigation.

Halloran has a proven track record of results, expertise and credentials regarding crime and punishment, police misconduct, prison issues and the criminal justice system as a whole.

She distinguished herself as a nationally recognized investigative reporter at ABC, CBS and NBC affiliates in Las Vegas (KTNV), Huntsville (WHNT), Phoenix (KPNX 12 News) where she was honored with the Alfred I. duPont Award, 2015, 2016, 2017 and 2018 National Headliner Awards for investigative journalism. Before joining 2 News she was an investigative reporter for WSB TV in Atlanta.

Her work has led to criminal convictions, overturned a 1.6-million-dollar civil jury verdict, helped free Debra Milke from Arizona’s death row, one of two female death row inmates to ever be released in the United States, helped vindicate those falsely accused, focused heavily on injustice, police misconduct and wrongfully accused and convicted cases. Halloran uncovered inadequate healthcare in the Arizona prison system that led to senseless deaths with private prison contractors profiting while the state turned a blind eye. Her work also prompted the Arizona Department of Corrections to retrain 8,806 corrections officers in first aid, suicide response and suicide prevention following her investigative series of reports called: “Watching Tony Die.” Halloran’s investigations have led to policy changes, legislation, resignations, internal affairs investigations, firings, grand jury indictments, arrests, jail sentences, felony convictions and prison sentences. In addition to triggering a commander’s inquiry at the United States Army Aviation and Missile Command and a U.S. Department of the Army investigation at the Pentagon level after she uncovered workers in missile defense with top secret security clearance were holders of counterfeit credentials. This also led to legislation in Congress. An investigation called "Deadly Grade: The Kendra Parton Story" led Scottsdale Community College to issue a posthumous A.A. degree to Parton who'd left a paper trail she was being bullied by her instructors before she committed suicide.

Her work described as “unassailable” has been featured on NBC News, Dateline: The Hansen Files, MSNBC.com, ABC’s Nightline, The Guardian, Al-Jazeera America, USA Today, The Arizona Republic, The Atlanta Journal-Constitution and National Public Radio (NPR) among other media outlets. What’s more, her work on credibility issues of government witnesses who’ve lied and or engaged in deceptive behavior was recently cited in a study on the death penalty by the American Bar Association. She recently made her national debut in the 2020 season premiere of ‘Til Death Do Us Part’ on Investigation Discovery in an episode called “Behind Closed Doors.”

Halloran is a member of Investigative Reporters and Editors, (IRE) the professional organization for investigative journalists. She attended San Diego State University where she was awarded a Bachelor’s Degree in Criminal Justice Administration with an emphasis on Criminal Law. She also completed the Broadcast Journalism program at the University of Nevada-Reno Reynolds School of Journalism. In 2017 Halloran earned a Journalism Law School fellowship from Loyola Law School in Los Angeles, California.